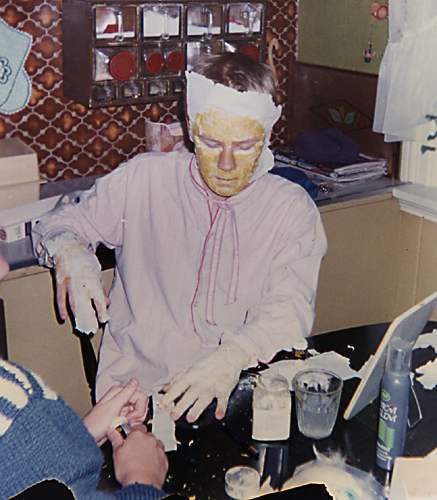 ”Facts in the Case of Waldemar” was made for a report in literature in high school, and is based on the Edgar Allan Poe story of the same name. The film was shot during one afternoon, so the quality is dictated thereafter. I (Richard) played Waldemar who is hypnotized in the moment of death and then awoken quite a bit later. This results in corruption catching up with him and he melts into a pile of goo. This effect was achieved with latex, toilet paper, custard and a home made rubber skeleton.