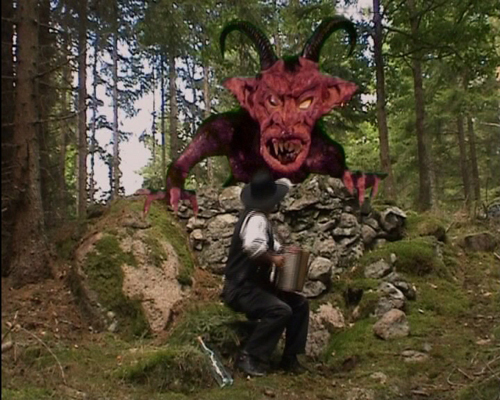 The second puppet of the show appears. As Ingvar is playing, a critic to accordion music -the Devil- appears and wanders out loud what the hell the racket is all about. Ingvar runs off and the imp disappears. Every frame with the devil puppet was retouched manually in Photoshop, so Ingvar would appear to run in front of the puppet while it was actually pasted on top of him. The speech of the devil was lip-synched.