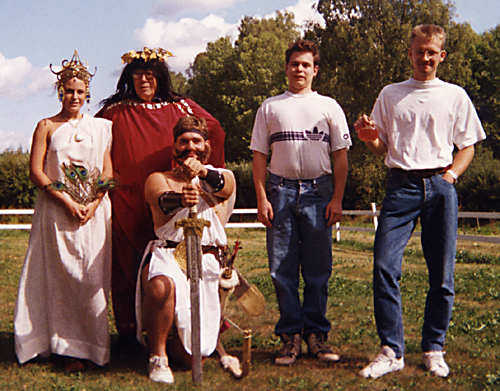 The cast/crew. We all had a small part in the film, and we all worked behind the camera. Lillith Edvinsson played a princess, Rolf Berg her father, Jonas the cyclops and Anders Johansson a messenger and an innkeeper(here out of costume). I blew a basoon made out of an old fishing rod and a funnel.