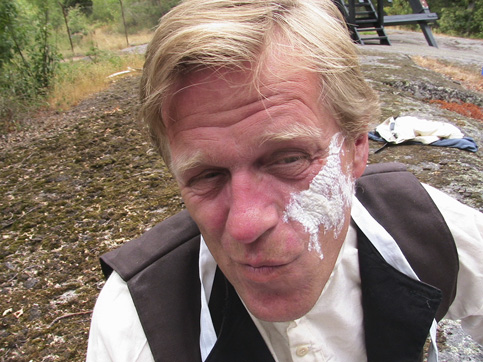 Eventually the hero meets the real mind behind the demonic hauntings; the ghost of the miller. It is revealed that he was in league with the baron in a scheme to trick the farmers to sell their land cheaply. Now the miller is roasting in Hell and sends a warning to the baron to reform himself. The ghost was played with enthusiasm by Clas Carlsson. I stretched his skin on hands and in the face with latex, and added a wig, moustache and beard made by wig-maker Lars Carlsson.